Caffeine Notes on What Is This Caffeine In My Drink Anyway?

Caffeine Notes on What Is This Caffeine In My Drink Anyway?

Have you ever wondered about the difference between caffeine in coffee and caffeine in the caffeinated drinks you buy in cans and bottles?

Caffeine in coffee is naturally occurring. If a product states it contains naturally occuring caffeine, then that caffeine was produced from actual coffee beans or tea leaves.

Caffeine in ready to drink products is synthetic. In almost all of them in the U.S.

Did you know most synthetic caffeine today is created in pharmaceutical plants in China?

Now this is just my personal opinion, but when I learned about natural and synthetic caffeine, I also decided that coffee and tea was good, everything else is bad.

In fact, I’m approaching my fourth year of not drinking soda, of any kind. I never trusted the energy drinks in the first place, so never started those.

Read this article. It goes into it more. I also suggest you get the book it mentions at the end to learn more. 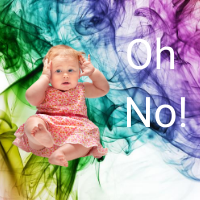 Remember, way back in time, they thought cocaine and smoking cigarettes were good for you. Synthetic caffeine was created when they finally banned the use of new coca leaves in soda. Sure it’s a natural source of caffeine, but also cocaine.

(Not positive, but CocaCola may still use coca leaves in soda after the cocaine has been taken out. This is a good thing, as the spent leaves are refuse from extracting the cocaine for medicinal purposes and helps with waste management.)

Natural caffeine has been shown to be healthy in moderation. And coffee has been proven time and time again to be a positive part of a healthy lifestyle.

Of special note in the article mentioned above is the dangers of caffeine. You really should read how it’s made for your sodas. I mean REALLY read it.

Then, make a note of how no company has to disclose how much caffeine is in their product, nor that they do not have to say if it’s natural or synthetic.

But, but, but…I love my Dr. Pepper. Yeah, read that article above. See where the U.S. doesn’t normally inspect these plants and where they did inspect one and found all those issues? That was one sending their caffeine to Dr. Pepper.

Maybe try switching to the caffeine free Dr. Pepper. At least until America wakes up and joins Japan in banning synthetic caffeine in our drinks.

I don’t know about you, but even though I once loved my daily Pepsi, I’m not going to start drinking it again anytime soon.

While caffeine amounts in sodas may be comparable to other foods and drinks we consume and not more dangerous in amount, I’m not trusting anything with synthetic caffeine. Especially when most synthetic caffeine comes from another country that our country doesn’t even inspect for quality control.

I’m not saying to not drink your soda. That’s your decision. But I am saying be aware of what that is putting into your system.

If you’re turned off of the caffeine in sodas now, but still want to keep drinking them, most companies do have non-caffeinated varieties available.

If you also want to avoid artificial sweeteners just do a google search for natural sodas. There’s a lot of good alternatives. You can also learn to make your own at home, where you know exactly what’s in them.

When it comes to caffeine intake, it’s better to stick with natural sources of caffeine, like coffee and tea. And chocolate. Can’t forget the chocolate!

Even with coffee though, know your roaster. Choose roasters with full disclosure on if they roast for higher caffeine amounts. Choose roasters who source their beans from suppliers supporting the farmers or with direct trade.

With a little vigilance, you can do better for yourself and perhaps help those around you do better too. Together, we could change the demand for safer, natural ingredients.

Lastly, here’s an article to read: Natural caffeine offers a more consistent and lasting effect on cognition and moods